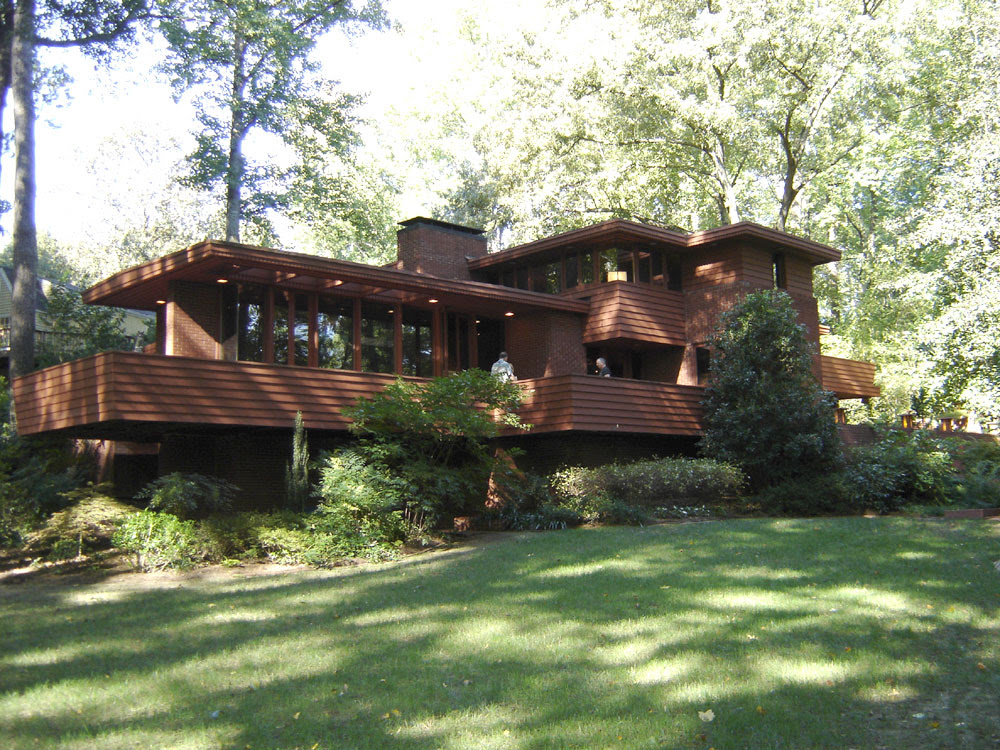 I thought I would provide some running commentary plus some photos from the DOCOMOMO Home Tour yesterday (2007.09.29).
Cindi and I left the house at 9:00 AM but had to run some errands (placing directional signs and ballons around the Amberwood subdivision for the tour) before arriving at the first house. Because we shared responsibilities as docents at the Dowd House (in Amberwood) and were expected to arrive by 1:45 to relieve the first docents, we were limited in time and decided to only view the 3 houses on the tour, regrettably bypassing the condo at Plaza Towers. There were four homes in total on the tour and they were separated by some distance so one would need to factor in some travel time. This year two homes were designed by Wright Fellow Robert Green - the first is the Copeland house near buckhead off of Northside Drive. This first photoset features the images I took in the morning before heading back towards Amberwood (the two remaining homes were both in Amberwood).
As to the Copeland House, there's not much I can say that hasn't already been said. The current homeowners were present and had photos of the original construction and comparison shots of two historical remodels, passed to them from previous owners. The house is simply amazing. The level of detail and use of materials was quite stunning, even the furnishings (I wish I would have taken some images of the Nakashima table) had the effect of flooring me as I crossed rooms. I was running low on disk space so I spent most of my time taking shots of architectural details. I also tried to get shots that didn't contain people, so some of the details are sparce. I hope to aggregate photos taken from others to make a more complete journal of the visit - an hour went by very quickly.
Photo Album here:
http://www.flickr.com/photos/14338634@N02/sets/72157602207959344
I'll try to get photos of Arrow Head up later tonight or tomorrow.
-- John
Posted by John Eaton at 10:22 AM No comments: