The Allure of the Automobile Exhibit at the High Part 1, the Duesenberg JN 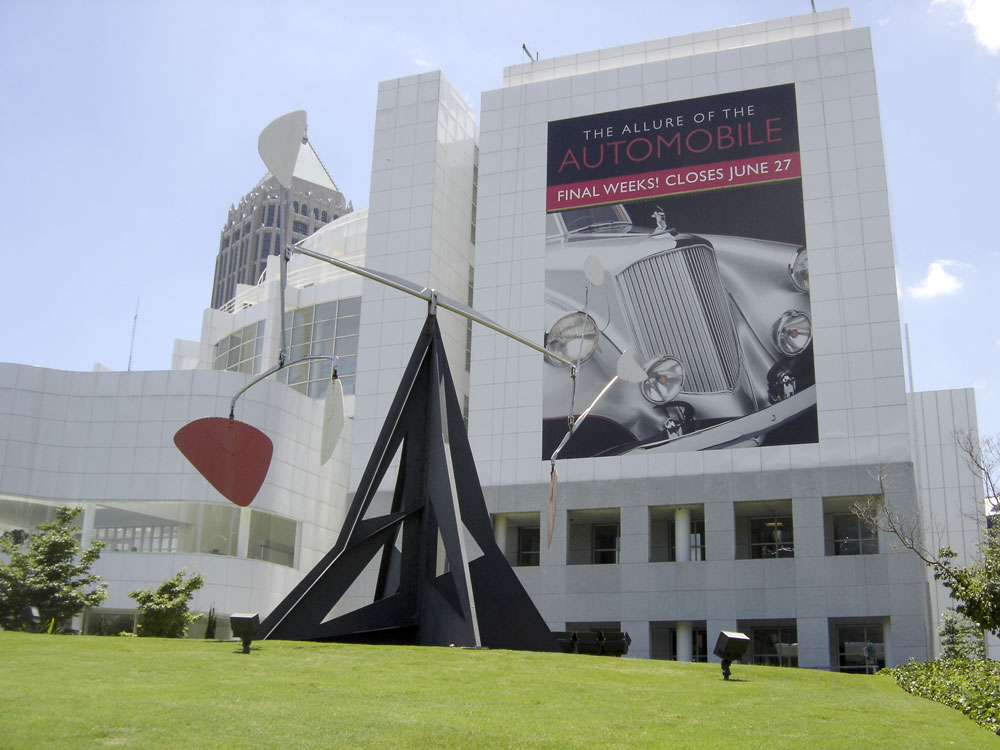 I had the opportunity to visit the High Museum in Atlanta while "The Allure of the Automobile" was exhibiting. If you know me personally, you'll also know that besides modernism I have a fondness borderline-ing obsession with classic automobiles. This exhibit brought both of my interests together and resulted in my taking a rather excessive number of photos, which I'll feature as separate articles in my ModusModern blog.

From the High Museum of Art pamphlet: 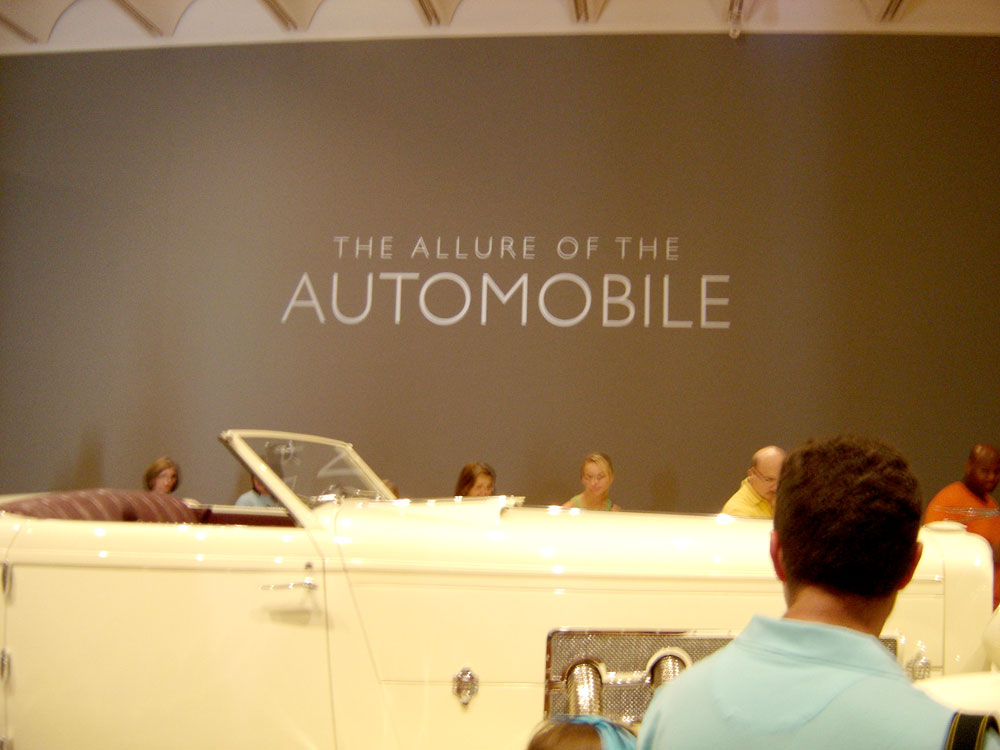 The Allure of the Automobile
March 21 - Jun 20, 2010
Built from the 1930s to the mid-1960s, the eighteen rare and limited-edition cars in this exhibition represent the best of the best - luxurious, one-of-a-kind designs from legendary car makers such as Alfa Romeo, Bugatti, Cadillac, Duesenberg, Ferrari, Jaguar, Mercedes-Benz, Packard, Porsche, and Tucker. Former owners of some of these award-winning autos include Hollywood legends Clark Gable and Steve McQueen.
I attended the exhibit on 2010.06.20 - it had been extended by a week or so. The exhibit was quite crowded so it was very challenging to get photos of everything I would have liked (counting back through my photos I seem to have missed on car) - I hardly got any photos of some cars like the Tucker 48. I took many photos of others as I had more opportunity to get unobstructed views. You'll find that I have an afinity for certain details and the justaposition of shapes - there are several close-ups. I also tried to take images of the display plackards but the glare from the lighting made it difficult - I don't believe most can be read (I've included those that are nearly legible). Enjoy!

Walking into the main hall the first automobile you see is the 1935 Duesenberg JN Roadster. I believe this is the car mentioned in exhibit literature that was a gift to Clark Gable from his wife Carole Lombard. I took many photos of this car as it is quite beautiful. There's also a YouTube video I found and added at the end of artist Alan Johnson who applied pin-striping during the restoration. 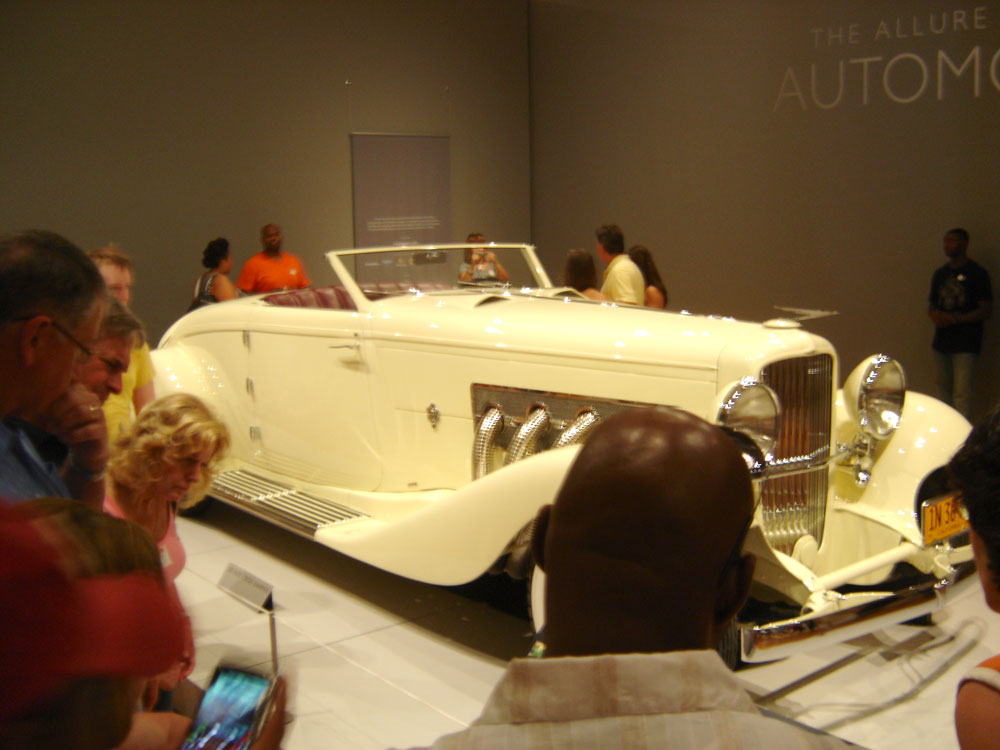 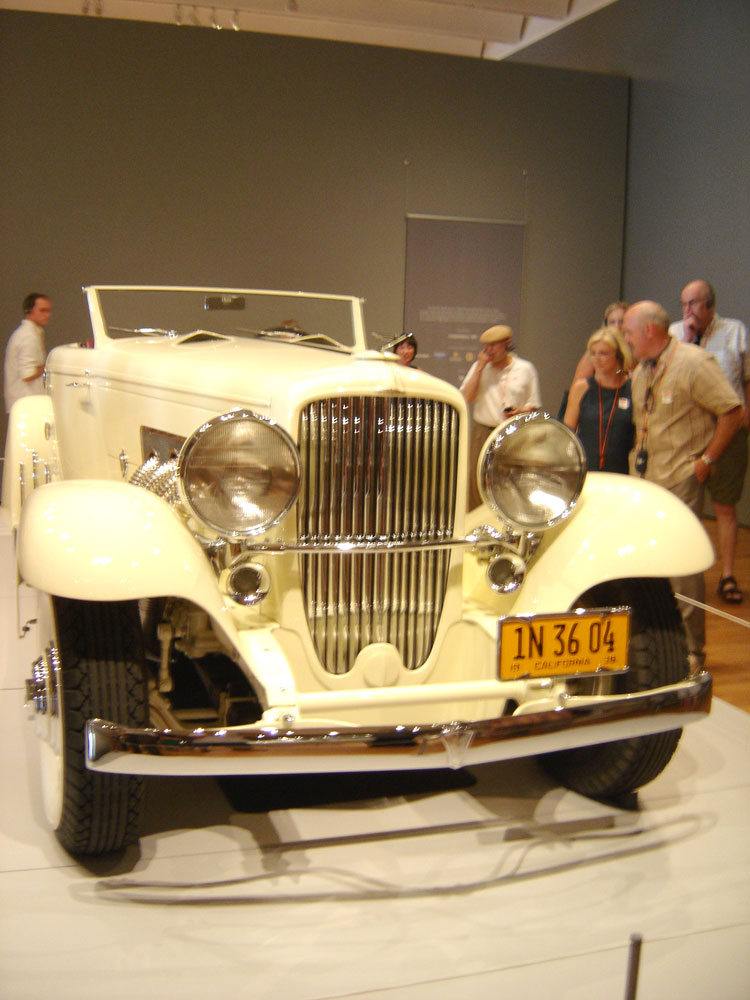 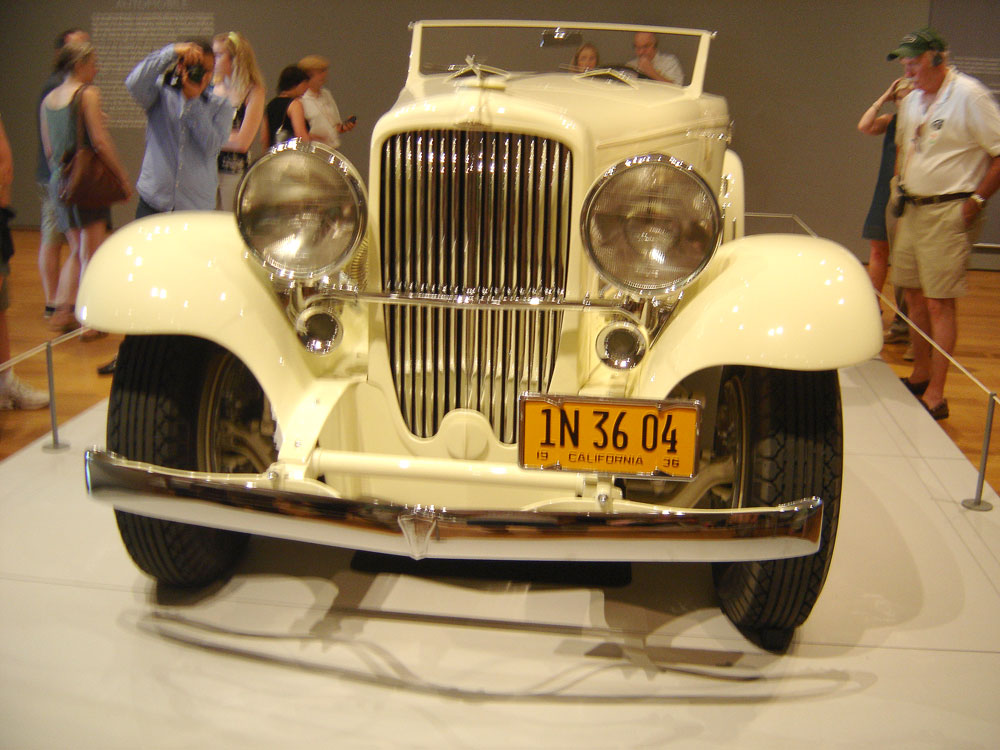 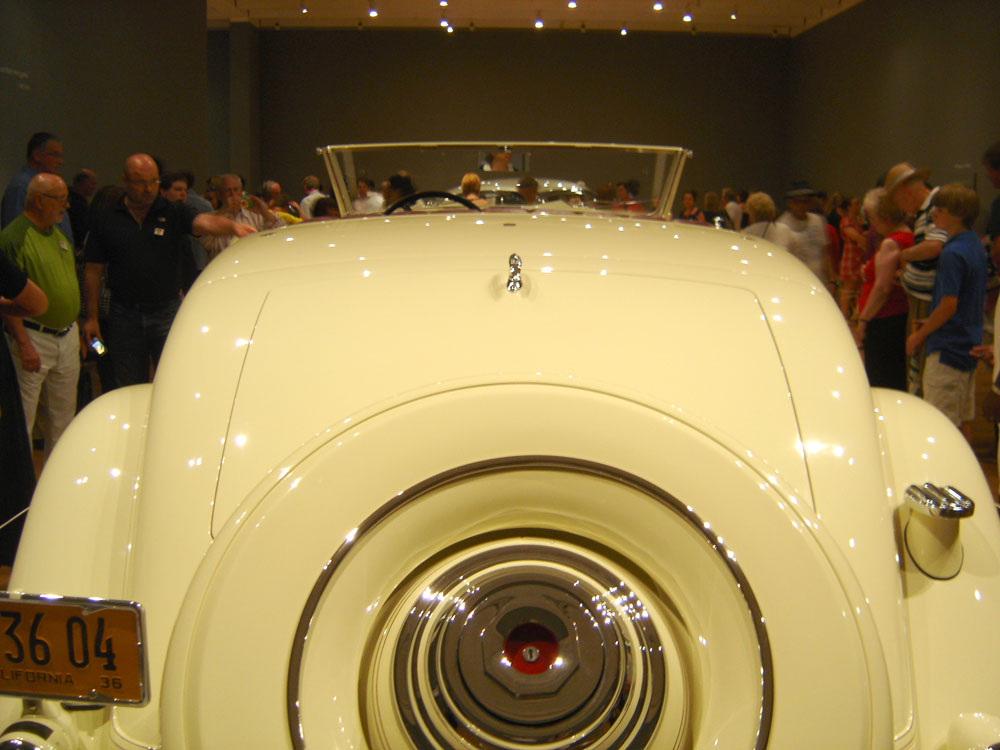 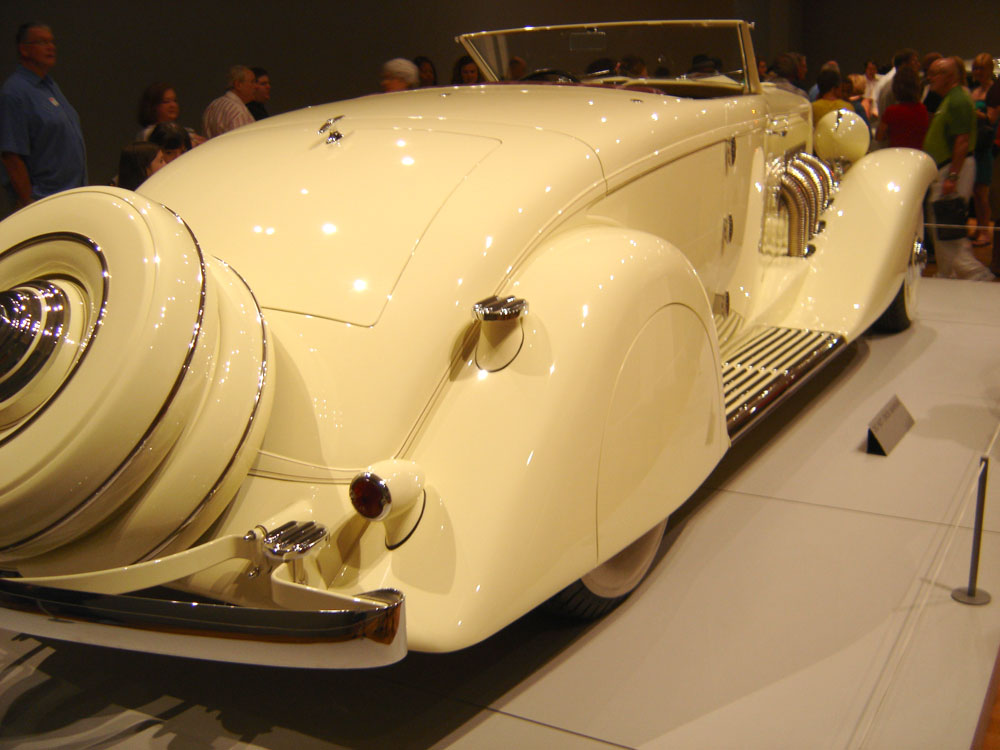 Next up: 1933 Pierce Arrow Silver Arrow