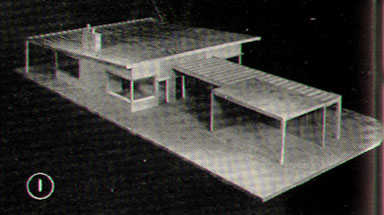 As some of my acquantences and friends know, one of my other passions is woodworking and restoring Old Woodworking Machinery. So I hope it explains why I have possession of a set of 4 volumes of The Deltagram - books that detail shop projects for the owners of Delta Power Tools. This publication began in 1932 and continued to be published until 1949 - earlier issues seem to have been more prolific but they averaged about 6 issues per year. In 1949 the publication became "Wood Chips" or may have merged into another Delta publication (I'm unclear as to the series of events), which continued to be published into the 70's.

Besides being of interest as an idea storehouse for woodworking, this publication as is true of so many others, also details the styles and likes of homeowners and the US pre-war through post-war. Of particular interest are the modern furniture and furnishing designs featured all through these magazines and aggregated in these 4 volumes. The earlier issues have some wonderful ideas for Deco and Machine Age items, while the later feature "modern" design. Today I'm featuring the latter - and in this instance it also features one of my other passions - vintage toys.

There have been a number of threads over the past several years that regarded Modern Dollhouses offered to young girls during the post-war period. What interested me in this 2-page spread, found in Volume 4 of The Deltagram (originally published in Vol. 16 No. 2 in 1946) and revealed as page 28 and 29 in the hardcover editions, was the floor-plan, the shed roof, corner window and port-a-chere. I don't believe I've ever seen all three elements in a doll-house before. Even the plastic modern doll-houses seem to be based more on the modular Eames house design that this one. Apparently this doll house followed the styles of "Architectural Forum" and used plywood for construction - also a modern building material. 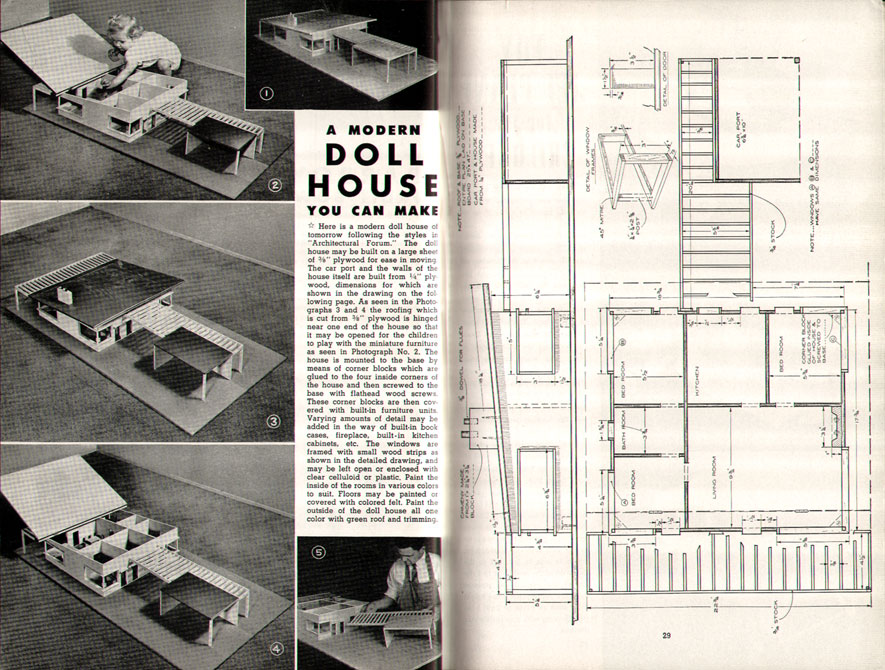 For a higher-resolution image of the above scan
click here.